Very secure, quiet and super modern, this two-storey house is tucked away down a cul de sac within 20 minutes’ walk of the tourney. Close by is the Nike house. Electronic gates shield this chic family home that has off street parking for 5 cars. 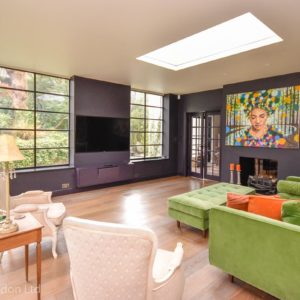 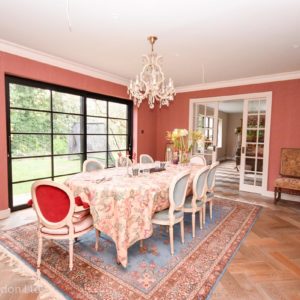 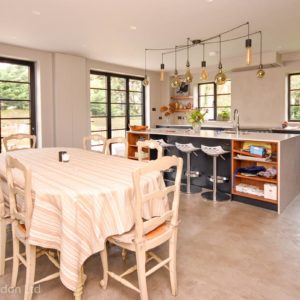 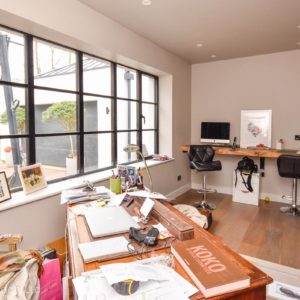 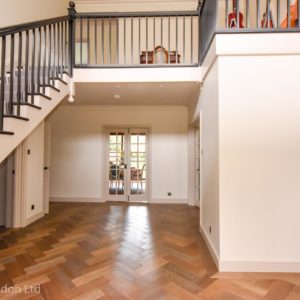 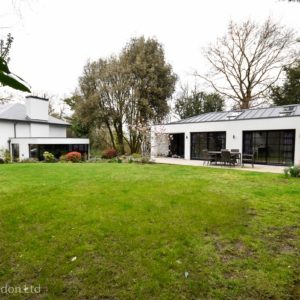 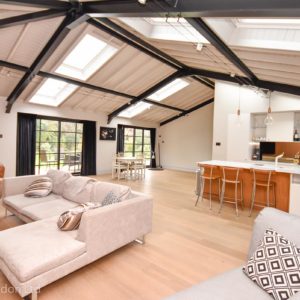 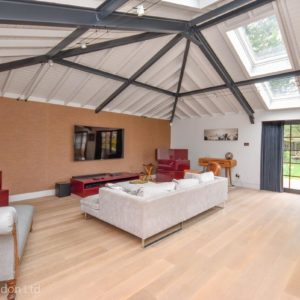 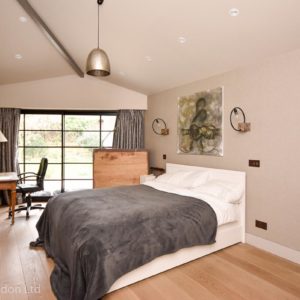 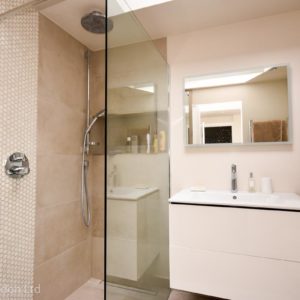 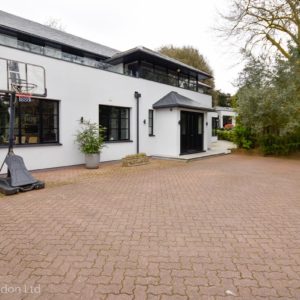 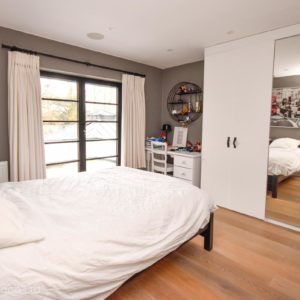 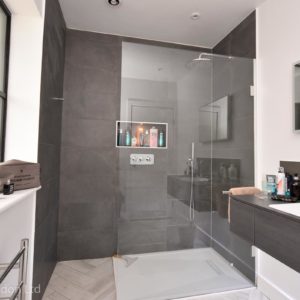 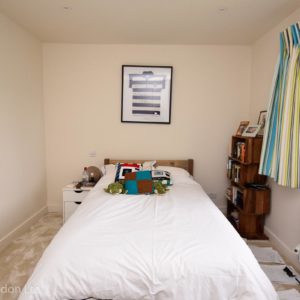 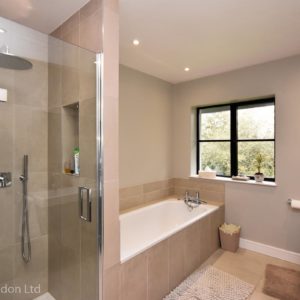 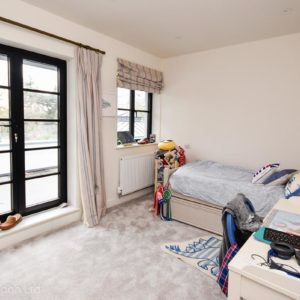 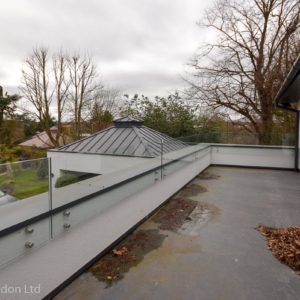 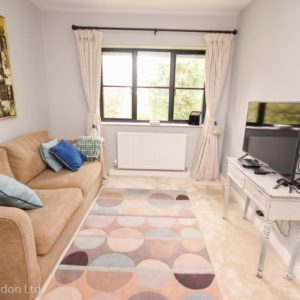 In the garden is a large annex which has a 68” screen TV, comfy seating, a kitchenette as well as a double bedroom with a super king size, 6ft wide double bed, a bathroom with a big power shower cubicle, basin and loo as well as a separate guest cloakroom. All TV’s have netflix/amazon/sky sport as well as the usual terrestrial channels. The French doors lead out onto the beautifully landscaped garden that surrounds the house and which is not overlooked.

The main house, within 5 yards of the annex has 2 double, two single bedrooms and a smaller Tv room with a sofabed. There are 3 bathrooms two of which are ensuite, as well as a guest cloakroom on the ground floor.

The entrance hall leads into a formal dining room with a table seating 10. Glass doors lead on into the family TV room where there is a comfy green velvet sofa and some chairs and coffee table in front of a 64” TV screen on the wall. The Tv channels include Sky sport, Europsort, BT sport and all the usual terrestrial channels as well as Netflix and Amazon. French doors lead out into the garden and annex. There is a large fully equipped kitchen with a breakfast table seating 6. An archway leads into a study where there are a couple of workstations and there is a separate utility room with washing machine and tumble dryer. French doors lead out onto a dining terrace where there is a table, chairs and BBQ.

Upstairs the big master bedroom has a super king size double bed 6ft wide, an armoire, a dressing room and a large ensuite bathroom that has a glass power shower, bath, basin and loo. The main guest double bedroom has a 5ft wide double bed and ensuite shower room with a basin and loo. The single bedroom has a lot of boy toys and a glass door that opens onto a large balcony shared with the main guest double, providing good ventilation on hot summer nights. The other bedroom has a large single bed, 4 ft wide. These two bedrooms share a bathroom that has a power shower cubicle, bath, basin and loo. In addition there is a smaller TV room with a 4’6” wide sofabed which could be a nursery, if needed.

Tennis London has been finding the very best private accommodation to rent during the Wimbledon championships since 1984.